The Black Phalanx: African American Soldiers in the War of Independence, the War of 1812, and the Civil War (Paperback) 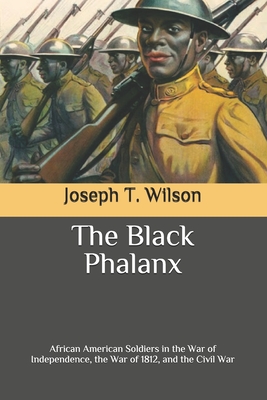 The history of the patriotic Negro Americans who swelled the ranks of the Colonial and Continental armies has never been written, nor was any attempt made by the historians of that day to record the deeds of those who dared to face death for the independence of the American Colonies. W. H. Day, in addressing a convention of negro men at Cleveland, O., in 1852, truly said: "Of the services and sufferings of the colored soldiers of the Revolution, no attempt has, to our knowledge, been made to preserve a record. Their history is not written; it lies upon the soil watered with their blood; who shall gather it? It rests with their bones in the charnel house; who shall exhume it?" Upon reading these lines, it occurred to me that somewhere among the archives of that period there must exist at least a clue to the record of the negro patriots of that war. If I cannot exclaim Eureka, after years of diligent search, I take pride in presenting what I have found scattered throughout the pages of the early histories and literature, and from the correspondence of men who in that period discussed the topics of the day-who led and fashioned public opinion, many of whom commanded in the field. Not a few biographers have contributed to my fund of knowledge. To avoid as much as possible the charge of plagiarism I have aimed to give credit to my informants for what shall follow regarding the colored patriots in the war of the Revolution. I have reason to believe that I have gathered much that has been obscure; that I have exhumed the bones of that noble Phalanx who, at Bunker Hill and Yorktown, in various military employments, served their country. It is true they were few in number when compared to the host that entered the service in the late Rebellion, but it must be remembered that their number was small at that time in the country, and that the seat of war was at the North, and not, as in the late war, at the South, where their numbers have always been large.