Tender is the Night (Paperback) 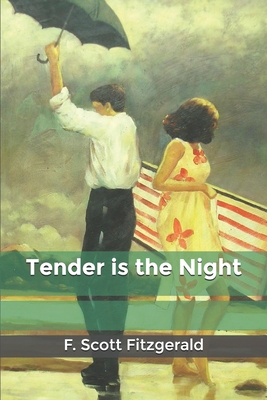 By F. Scott Fitzgerald
$14.99
Alas, not available through us.

F. Scott Fitzgerald wrote in a friend's copy of Tender Is the Night, "If you liked The Great Gatsby, for God's sake read this. Gatsby was a tour de force but this is a confession of faith." Set in the South of France in the decade after World War I, it's the story of a brilliant and magnetic psychiatrist named Dick Diver; the bewitching, wealthy, and dangerously unstable mental patient, Nicole, who becomes his wife; and the beautiful, harrowing ten-year pas de deux they act out along the border between sanity and madness. In Tender Is the Night, Fitzgerald deliberately set out to write the most ambitious and far-reaching novel of his career, experimenting radically with narrative conventions of chronology and point of view and drawing on early breakthroughs in psychiatry to enrich his account of the makeup and breakdown of character and culture. It is also the most intensely, even painfully, autobiographical of Fitzgerald's novels; it smolders with a dark, bitter vitality because it is so utterly true.F. Scott Fitzgerald literally put his soul into Tender Is the Night, and the novel's lack of commercial success upon its initial publication in shattered him. He would die six years later without having published another novel, and without knowing that Tender Is the Night would come to be seen as perhaps its author's most poignant masterpiece. In Mabel Dodge Luhan's words, it raised him to the heights of "a modern Orpheus."Francis Scott Fitzgerald was an American writer of novels and short stories, whose works are evocative of the Jazz Age, a term he coined himself. He is widely regarded as one of the twentieth century's greatest writers. Fitzgerald is considered a member of the "Lost Generation" of the Twenties. He finished four novels, including The Great Gatsby, with another published posthumously, and wrote dozens of short stories that treat themes of youth and promise along with despair and age.Fitzgerald's work and legend has inspired writers ever since he was first published. The publication of The Great Gatsby prompted T. S. Eliot to write, in a letter to Fitzgerald, " I]t seems to me to be the first step that American fiction has taken since Henry James..." Don Birnam, the protagonist of Charles Jackson's The Lost Weekend, says to himself, referring to Gatsby, "There's no such thing...as a flawless novel. But if there is, this is it.Into the 21st century, Fitzgerald's reputation continues to grow. Millions of copies of "The Great Gatsby" and his other works have been sold, and "Gatsby," a constant best-seller, is required reading in many high school and college classes.