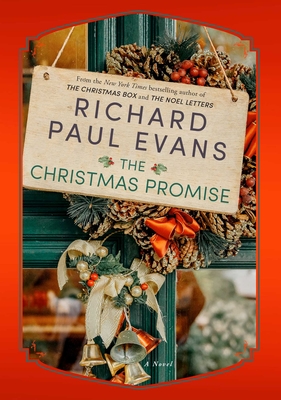 This holiday season, the #1 New York Times bestselling author of The Noel Collection returns with another heartwarming story of secrets, heartbreak, forgiveness, and the true meaning of Christmas.

On the night of her high school graduation, Richelle Bach’s father gives her and her identical twin sister, Michelle, matching opal necklaces. “These opals look identical,” he tells them, “but the fire inside each is completely unique—just like the two of you.”

Indeed, the two sisters couldn’t be more different, and their paths diverge as they embark on adulthood. Years pass, until—at their father’s behest—they both come home for Christmas. What happens then forever damages their relationship, and Richelle vows never to see or speak to her sister again. In their father’s last days, he asks Richelle to forgive Michelle, a deathbed promise she never fulfills as her twin is killed in an accident.

Now, painfully alone and broken, caring for the sickest of children in a hospital PICU, Richelle has one last dream: to be an author. The plot of her book, The Prodigal Daughter, is a story based on her sister’s life. It’s not until she meets Justin Ek, a man who harbors his own loss, that a secret promise is revealed, and Richelle learns that the story she’s writing is not about her sister, but about herself.

Richard Paul Evans is the #1 New York Times and USA TODAY bestselling author of more than forty novels. There are currently more than thirty-five million copies of his books in print worldwide, translated into more than twenty-four languages. Richard is the recipient of numerous awards, including two first place Storytelling World Awards, the Romantic Times Best Women’s Novel of the Year Award, and is a five-time recipient of the Religion Communicators Council’s Wilbur Awards. Seven of Richard’s books have been produced as television movies. His first feature film, The Noel Diary, starring Justin Hartley (This Is Us) and acclaimed film director, Charles Shyer (Private Benjamin, Father of the Bride), will debut in 2022. In 2011 Richard began writing Michael Vey, a #1 New York Times bestselling young adult series which has won more than a dozen awards. Richard is the founder of The Christmas Box International, an organization devoted to maintaining emergency children’s shelters and providing services and resources for abused, neglected, or homeless children and young adults. To date, more than 125,000 youths have been helped by the charity. For his humanitarian work, Richard has received the Washington Times Humanitarian of the Century Award and the Volunteers of America National Empathy Award. Richard lives in Salt Lake City, Utah, with his wife, Keri, and their five children and two grandchildren. You can learn more about Richard on his website RichardPaulEvans.com.

“Cozy up to a crackling fireplace with your Christmas cookies and eggnog and enjoy this holiday treat.” —Kirkus

"[A] heartwarming tale... nothing says cozy Christmas read like a Richard Paul Evans book, and his latest doesn’t disappoint.” —Booklist