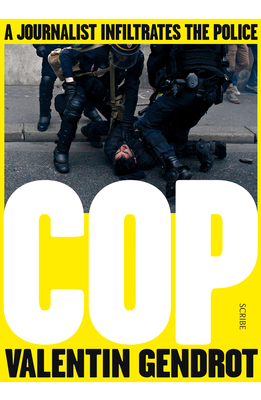 A Paris police force as you've never seen it

Police officers are obliged to give an account of every incident they are involved in. But what happened today will never be logged. Because that's what police solidarity means: what happens in the van stays in the van.

Well, not always. Not this time.

What really happens behind the walls of a police station? To answer this question, investigative journalist Valentin Gendrot put his life on hold for two years and became the first journalist in history to infiltrate the police undetected.

Within three months of training to become an officer, he was given a permit to carry a weapon in public. And although he lived in daily fear of being discovered, in his book Gendrot hides nothing.

Assigned to work in a tough area of Paris where tensions between the law and locals ran high, Gendrot witnessed police brutality, racism, blunders, and cover-ups. But he also saw the oppressive working conditions that officers endured, and mourned the tragic suicide of a colleague.

Asking important questions about who holds institutional power and how we can hold them to account, Cop is a gripping expos of a world never before seen by outsiders.