HussleNomics: Money, Ownership & Business Lessons Inspired by Nipsey Hussle + a Step by Step Guide on How to Implement Each Principl (Paperback) 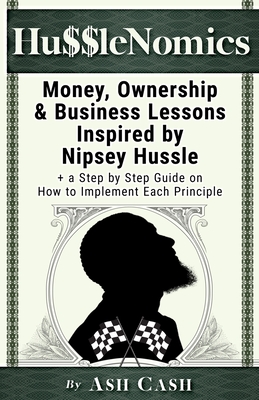 Nipsey Hussle born Ermias Joseph Asghedom is often sited as a rapper and songwriter from Los Angeles, California but he was much more than that. Nipsey was a visionary, entrepreneur, community organizer, real estate investor, cryptocurrency enthusiast, activist, mentor, and so much more. Through his business moves, music, and community activism he was on a mission to teach his community about being fiscally responsible and owning your now and future in order to build wealth. On March 31, 2019, Nipsey was fatally shot outside his store, Marathon Clothing, and while it may have seemed that he died on that day, the truth is that Nipsey will live FOREVER HussleNomics is a book dedicated to the legacy and teachings of Mr. Hussle with a step by step guide on how to implement each principle in your life. Nipsey often preached about the Marathon and as you know in a marathon the baton is often passed to the next runner to pick up where the other left off... HussleNomics is that baton Long Live Nipsey Hussle This is just the beginning