Charms of the Cynical Reason: Tricksters in Soviet and Post-Soviet Culture (Cultural Revolutions: Russia in the Twentieth Century) (Hardcover) 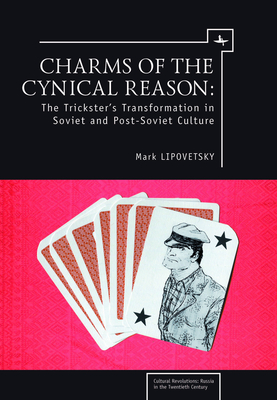 The impetus for Charms of the Cynical Reason is the phenomenal and little-explored popularity of various tricksters flourishing in official and unofficial Soviet culture, as well as in the post-soviet era. Mark Lipovetsky interprets this puzzling phenomenon through analysis of the most remarkable and fascinating literary and cinematic images of soviet and post-soviet tricksters, including such "cultural idioms" as Ostap Bender, Buratino, Vasilii Tyorkin, Shtirlitz, and others. The steadily increasing charisma of Soviet tricksters from the 1920s to the 2000s is indicative of at least two fundamental features of both the soviet and post-soviet societies. First, tricksters reflect the constant presence of irresolvable contradictions and yawning gaps within the soviet (as well as post-soviet) social universe. Secondly, these characters epitomize the realm of cynical culture thus far unrecognized in Russian studies. Soviet tricksters present survival in a cynical, contradictory and inadequate world, not as a necessity, but as a field for creativity, play, and freedom. Through an analysis of the representation of tricksters in soviet and post-soviet culture, Lipovetsky attempts to draw a virtual map of the soviet and post-soviet cynical reason: to identify its symbols, discourses, contradictions, and by these means its historical development from the 1920s to the 2000s.

Mark Lipovetsky (Ph.D. Ural State University) is a professor in the Department of Germanic and Slavic Languages and Literatures and joint faculty member at the Comparative Literature Program at the University of Boulder. His most recent book, Paralogies: The Transformations of (Post)Modern Discourse in Russian Culture of the 1920s-2000s (Moscow: Novoe Literaturnoe Obozrenie), was published in 2008.