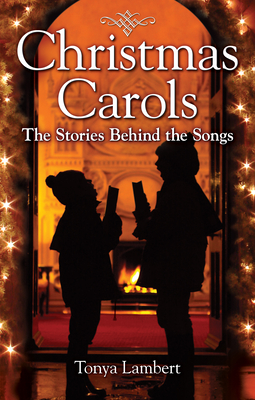 The traditional Christmas carols we know and love today have been around for many years, even centuries; each one has a fascinating story behind it. In this read-aloud collection, Tonya Lambert reveals stories and the trivia behind popular Christmas carols, traditional and contemporary--the music, the lyrics, the composers, the singers and the time and traditions around which they were written: - In one of the most successful television commercials to employ a Christmas song, Hershey's Kisses are portrayed as bells playing We Wish You a Merry Christmas - In Austria, Silent Night is protected from commercialism and is not played, broadcast or sung until Christmas Eve - Irish playwright George Bernard Shaw thought the tune of O Christmas Tree sounded like the funeral march of a dead eel - The first Christmas carol broadcast in space was Jingle Bells; during the flight of Gemini 6 in 1965, astronauts Tom Stafford and Wally Schirra sang the carol accompanied by a harmonica and sleigh bells The earliest collection of Christmas carols is found in a manuscript compiled 600 years ago by a blind priest and poet in Shropshire, England - George Rock, who first recorded All I Want for Christmas Is My Two Front Teeth, received thousands of teeth in the mail, two at a time, from children - It took Haven Gillespie just 15 minutes to write Santa Claus Is Coming to Town on the back of an envelope while sitting in a bar in 1932 Christians in the mostly Muslim country of Malaysia have to obtain a police permit to sing Christmas carols in church or at home - Songwriter Irving Berlin tried unsuccessfully to get Elvis Presley's version of White Christmas banned from radio stations ...and so much more.

TONYA LAMBERT is a writer, editor, historian and actress and has been a bookseller, book reviewer, indexer, coach and teacher. She grew up in the small town of Kelvington, Saskatchewan, before moving to Edmonton with her three daughters. She earned a BA Honors Degree in History with High Honors and an MA in History from the University of Saskatchewan. Halloween has long been her favorite holiday.