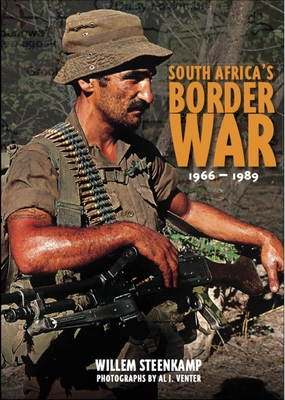 Of all the books about South Africa's 21-year 'Border War' - fought on both sides of Angola's frontier with present-day Namibia - South Africa's Border War has always been rated as among the best. A significant, full-color volume, it originally sold 31,000 copies in South Africa alone and has been out of print for decades. This version is the first re-issue of the original, written by Willem Steenkamp. Almost all the photos were taken by Al J. Venter who covered that conflict intermittently for almost two decades. Both Steenkamp and Venter have gone on to produce other works on that bitter conflict, but neither they nor anybody else has been able to match this beautiful coffee-table volume. Both agree that the book should be regarded as a tribute to a generation of fighting men, where sons often followed in the footsteps of their fathers, serving in the same units a generation apart. Though South Africa's 'Border War' started slowly with the first major clash of the conflict taking place on South West African soil at Omugulugwombashe in August 1966, hostilities escalated steadily, to the point where Moscow provided the Marxist Luanda government with all the military hardware it needed. Tens of thousands of Cuban troops were drafted into Angola after Portugal had abandoned its African territories. The conflict then entered several conventional phases that involved long-range South African armored strikes into Angola's interior and several major tank battles that eventually brought hostilities to an end. Luanda by then had already used chemical weapons on a limited scale and Pretoria was considering deploying its newly-developed nuclear arsenal. Willem Steenkamp, a seasoned war correspondent, covers all these historical issues in South Africa's Border War, as well as ancillary military strikes in several other black African countries that included Zambia and Mozambique. The book is exceptionally well illustrated, with hundreds of color as well as black-and-white photos; truly a valuable addition to recent African military history.