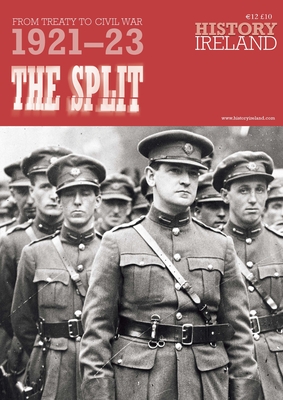 The Treaty, Civil War, and partition profoundly shaped the Ireland in which we live. To make the centenary of the Treaty and Civil War, History Ireland has produced a special supplement featuring historians and writers.

The Split introduces ground-breaking articles on women and the Treaty, the role of Eamon de Valera, the establishment of the Garda , the dead of the Civil War, the global reaction to Ireland's independence, and the violence inside the new Northern Ireland state and along the border. It discusses controversial questions regarding Michael Collins and military dictatorship, why the Free State won the Civil War and how Northern Ireland came into being. It looks at how the war has been remembered and asks whether the era of Civil War politics has ended.