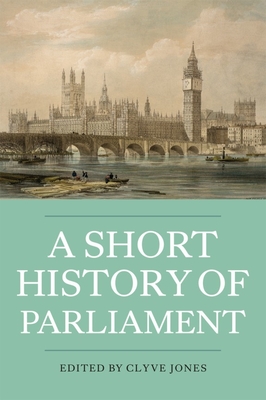 A Short History of Parliament is a comprehensive institutional history, not a political history of parliament, though politics is included where, as frequently occurred, institutional changes resulted from particular political events. It covers the English parliament from its origins, the pre-1707 Scottish parliament and the pre-1800 Irish parliament, the parliament of Great Britain from 1707 and the parliament of the United Kingdom from 1801, together with sections on the post-devolution parliaments and assemblies set up in the 1990s and on parliaments in the Isle of Man, the Channel Islands and the Irish Republic. It considers all aspects of parliament as an institution: membership of both the Lords and the Commons; constituencies, elections and franchises; where the Lords and the Commons met; how business was arranged and managed, including Speakers, the use of committees, the development of parties, lobbying and voting procedures; legal cases in the House of Lords; official recording of and reporting of business and debates; the conflict and balance of power between the two Houses; and the position of the monarch in parliament. Each section contains a chronology listing key events, suggestions for further reading and inserts - short anecdotes or accounts of particular figures or episodes which provide lively illustrations of parliament at work in different periods. Clyve Jones is an honorary fellow of the Institute of Historical Research. He has been editor of the journal Parliamentary History since 1986. Previously he was reader in modern historyin the University of London and collection development librarian in the Institute of Historical Research. He has published extensively on the history of the House of Lords and of the peerage in the early eighteenth century.