The Congo from Leopold to Kabila: A People's History (Paperback) 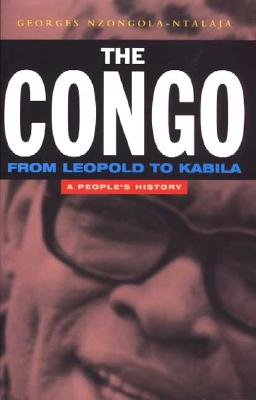 By Georges Nzongola-Ntalaja
Not available.

The people of the Congo, as this book shows, have suffered cruelly throughout the past century from a particularly brutal experience of colonial rule; and, following independence in 1960, external interference by the United States and other powers, a whole generation of patrimonial spoliation at the hands of Mobutu (the dictator installed by the West in 1965), and periodic warfare which even now continues fitfully in the East of the country. But, as this insightful political history of the Congolese democratic movement in the 20th century decisively makes clear, its people have not taken these multiple oppressions lying down. Instead, the Congolese people have struggled over the years to improve their conditions of life by trying both to establish democratic institutions at home and to free themselves from exploitation from abroad; indeed these cannot be separated one from the other.

The author of this book, Professor Nzongola-Ntalaja, is one of the country's leading intellectuals. Despite being forced into long years of exile (during which he taught political science in the United States and elsewhere), he has played a part at significant moments in his country's political struggle. His deep knowledge of personalities and events, and his understanding of the underlying class, ethnic and other factors at work, make his book a compelling, lucid, radical and utterly unromanticized account of his countrymen's struggle. In acknowledging their defeat, he sees it and the crisis of the post-colonial state as the result of the breakdown of the anti-colonial alliance between the masses and the national leadership after independence.

This book is essential reading for understanding what is happening in the Congo and the Great Lakes region. It will also stand as a milestone in how to write the modern political history of Africa.

Georges Nzongola-Ntalaja is a renowned scholar of African politics and an international consultant specializing in public policy, governance, and conflict-related issues.

"Authoritative books in English on the Congo are scarce, so this work by a leading Congolese academic is welcome."--Gail M. Gerhart, Foreign Affairs 3-4/01/03

"Georges Nzongola-Ntalaja is one among those very few intellectuals who possesses the background, the knowledge, the commitment and the vantage point from which to assess the historical possibilities for contemporary Congo." --Mahmood Mamdani, Herbert Lehman Professor of Government, Columbia University

"This book could not be more timely. It throws new light on the past struggle for democracy in the Congo while indicating possible directions for the future." --Mbaya Kankwenda, UNDP Resident Representative in Nigeria