The Uses of Disorder: Personal Identity and City Life (Paperback) 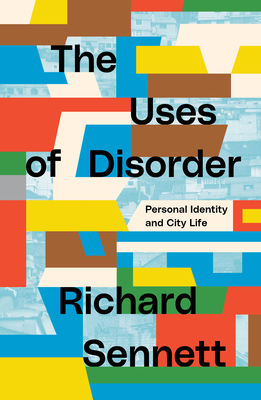 Reissue of the classic text on how cities should be planned

When first published in 1970, The Uses of Disorder, was a call to arms against the deadening hand of modernist urban planning upon the thriving chaotic city. Written in the aftermath of the 1968 student uprising in the US and Europe, it demands a reimagination of the city and how class, city life and identity combine. Too often, this leads to divisions, such as the middle class flight to the suburbs, leaving the inner cities in desperate straits. In response, Sennett offers an alternative image of a "dense, disorderly, overwhelming cities" that allow for change and the development of community. Fifty years later this book is as essential as it was when it first came out, and remains an inspiration to architects, planners and urban thinkers everywhere.

Richard Sennett is one of the world's most highly distintguished urban thinkers and planners. His previous books include The Fall of Public Man, Flesh and Stone and Respect, as well as the recent Homo Faber trilogy, The Craftsman, Together, Building and Dwellings. For decades he has advised urban programmes for the United Nations. He has been awarded the Hegel and Spinoza prizes, as well as an honorary doctorate by Cambridge University.