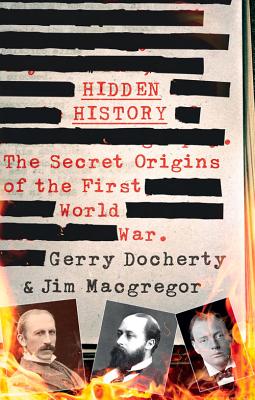 A new theory on how World War I started—not with the assassination of Archduke Franz Ferdinand, but rather 10 years earlier, by power-hungry men whose lies have infiltrated history

Hidden History uniquely exposes those responsible for World War I. It reveals how accounts of the war's origins have been deliberately falsified to conceal the guilt of the secret cabal of very rich and powerful men in London responsible for the most heinous crime perpetrated on humanity. For 10 years, they plotted the destruction of Germany as the first stage of their plan to take control of the world. The assassination of Archduke Franz Ferdinand was no chance happening. It lit a fuse that had been carefully set through a chain of command stretching from Sarajevo through Belgrade and St. Petersburg to that cabal in London. Our understanding of these events has been firmly trapped in a web of falsehood and duplicity carefully constructed by the victors at Versailles in 1919 and maintained by compliant historians ever since. The official version is fatally flawed, warped by the volume of evidence they destroyed or concealed from public view. Hidden History poses a tantalizing challenge. The authors ask only that you examine the evidence they lay before you.

Gerry Docherty is the author of several historic plays. Jim Macgregor has had a life-long interest in the origins of war.