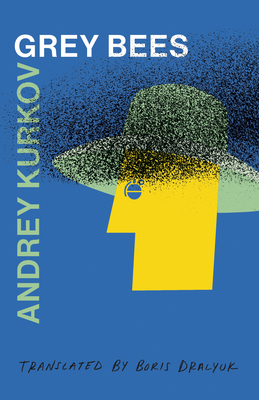 With a warm yet political humor, Ukraine's most famous novelist presents a balanced and illuminating portrait of modern conflict.

Little Starhorodivka, a village of three streets, lies in Ukraine's Grey Zone, the no-man's-land between loyalist and separatist forces. Thanks to the lukewarm war of sporadic violence and constant propaganda that has been dragging on for years, only two residents remain: retired safety inspector turned beekeeper Sergey Sergeyich and Pashka, a rival from his schooldays. With little food and no electricity, under constant threat of bombardment, Sergeyich's one remaining pleasure is his bees. As spring approaches, he knows he must take them far from the Grey Zone so they can collect their pollen in peace. This simple mission on their behalf introduces him to combatants and civilians on both sides of the battle lines: loyalists, separatists, Russian occupiers and Crimean Tatars. Wherever he goes, Sergeyich's childlike simplicity and strong moral compass disarm everyone he meets. But could these qualities be manipulated to serve an unworthy cause, spelling disaster for him, his bees and his country?

Born near Leningrad in1961, Andrey Kurkov was a journalist, prison warder, cameraman and screenplay-writer before he became well known as a novelist. He received "hundreds of rejections" and was a pioneer of self-publishing, selling more than75,000 copies of his books in a single year. His novel Death and the Penguin, his first in English translation, became an international bestseller, translated into more than thirty languages. As well as writing fiction for adults and children, he has become known as a commentator and journalist on Ukraine for the international media. His work of reportage, Ukraine Diaries: Dispatches from Kiev, was published in 2014, followed by the novel The Bickford Fuse (MacLehose Press, 2016). He lives in Kiev with his British wife and their three children. Boris Dralyuk is an award-winning translator and the Executive Editor of the Los Angeles Review of Books. He taught Russian literature for a number of years at UCLA and at the University of St Andrews. He is a co-editor (with Robert Chandler and Irina Mashinski) of the Penguin Book of Russian Poetry, and has translated Isaac Babel's Red Cavalry and Odessa Stories, as well as Kurkov's The Bickford Fuse. In2020 he received the inaugural Kukula Award for Excellence in Nonfiction Book Reviewing from the Washington Monthly.