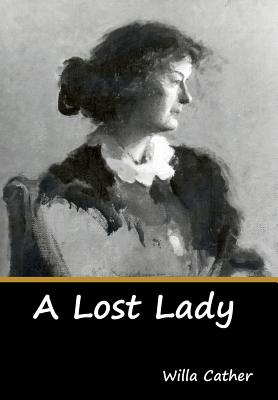 Willa Cather's A Lost Lady was first published in 1923. It tells the story of Marian Forrester and her husband, Captain Daniel Forrester who live in the Western town of Sweet Water, along the Transcontinental Railroad.

The novel is written in the third person, but is mostly written from the perspective of Niel Herbert, a young man who grows up in Sweet Water and witnesses the decline of Mrs. Forrester, for whom he feels very deeply, and also of the West itself from the idealized age of noble pioneers to the age of capitalist exploitation.

The first film version of the novel was created in 1924, adapted by Dorothy Farnum. Directed by Harry Beaumont, it starred Irene Rich, Matt Moore, June Marlowe, and John Roche. It would also be adapted very loosely into a film of the same name in 1934 by Gene Markey, and starred Barbara Stanwyck as Marian Forrester. The film did not live up to the novel's reputation and is generally regarded as mediocre. (wikipedia.org)