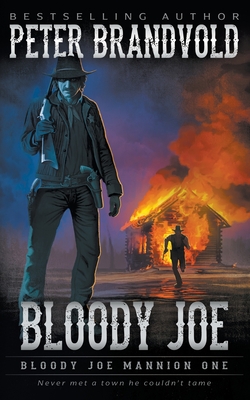 "Bloody" Joe Mannion is a town tamer of great renown. His temper is just as famous. Known as the most uncompromising lawman on the Western frontier, he's been the town marshal of Del Norte in the Colorado Territory for the past five years after several years bringing to heel towns in Kansas and Oklahoma back in the days of the great Texas cattle herds.

Now with Whip Helton behind bars, his father has issued an ultimatum to Bloody Joe and the town-either turn his son loose or he and his Spur riders will burn the town to the ground and sift the ashes. Bloody Joe finds himself between a rock and a hard place, waiting for a bullet in the back. But that's all right. He wouldn't have it any other way. To make sure Whip Helton hangs for kidnapping and rape, Bloody Joe will risk everything, including his life, the town, and a hail of hot lead