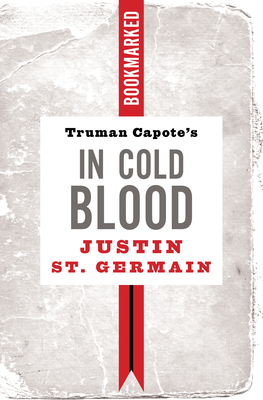 "In taking on Capote's masterwork, Justin St. Germain has written nothing less than an essential reckoning with the entire American enterprise of nonfiction. His book changed forever how I see not only In Cold Blood, but also true crime and the limits of literary journalism. I learned so much. This should be required reading for both writers and readers of crime."--Alex Marzano-Lesnevich, author, The Fact Of A Body: A Murder And A Memoir

"Compelling literary analysis featuring a unique personal perspective on the material."--Kirkus Truman Capote's In Cold Blood is one of the best-selling American books of all time, and is credited with starting the popular literary true crime genre. In the latest volume in Ig's acclaimed Bookmarked series, award-wining author Justin St. Germain writes about a trip he took to Holcomb, Kansas, the site of the Clutter murders In Cold Blood claims to be about. Within the story of the trip, St. Germain talks about his obsession with Capote's classic, and its influence on the book he was writing at the time about his mother's murder, which became his award-winning memoir, Son of A Gun.

Justin St. Germain is the author of the memoir Son of a Gun, which won the Barnes & Noble Discover Award, was a New York Times Book Review Editors' Choice, and appeared on best books of 2013 lists from Amazon, Publishers Weekly, Salon, Library Journal, BookPage, and the Pima County Public Library. His writing has recently appeared in New England Review, Tin House, DIAGRAM, Territory, and The Pushcart Prize anthology. He was a Wallace Stegner Fellow at Stanford University, and has also received fellowships from the Bread Loaf Writers' Conference, the Sewanee Writers' Conference, and the Corporation of Yaddo. He grew up in Tombstone, Arizona, "The Town Too Tough to Die," and attended Arizona public schools. He received his BA and MFA from the University of Arizona. He lives in Oregon and teaches at Oregon State.