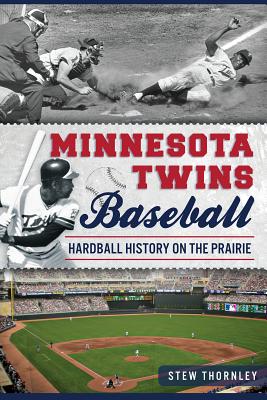 For more than half a century, Minnesotans have been treated to the memorable players and teams of the Minnesota Twins. From the Ruthian blasts of Harmon Killebrew and Kirby Puckett to a successful brand of small ball, the Twins have fielded competitive teams at Metropolitan Stadium, the Metrodome and Target Field. But prior to its arrival in 1961, the team also had a storied past in Washington that included Walter Johnson, the greatest pitcher of the Deadball Era, if not all time. Sports historian Stew Thornley highlights the lesser-known events in the club's history, from the area's attempts to lure a major-league team to town in the 1950s to then-owner Calvin Griffith's campaign to regionally rename the team. He also pays tribute to the rich heritage of baseball before the Twins, marked by minor-league teams such as the St. Paul Saints and Minneapolis Millers, which produced future Hall of Famers Willie Mays, Duke Snider, Ted Williams and Roy Campanella.