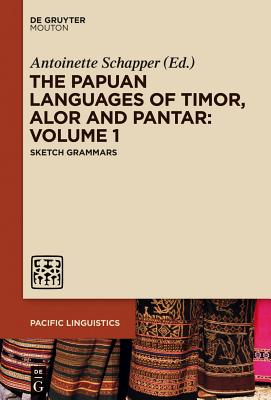 By Antoinette Schapper (Editor)
Not available.

This is book number 644 in the Pacific Linguistics [Pl] series.

From 1963 to 2011 Pacific Linguistics, located at the Australian National University, published over six hundred books concerned with the languages of the Pacific, Australia, Indonesia, Malaysia, the Philippines, Southeast, South and East Asia. The Mouton Pacific Linguistics series represents a continuation of this publishing venture under the same Editorial Board.

The Pacific Linguistics series presents linguistic descriptions, dictionaries, and other materials concerned with languages of this region.

Pacific Linguistics has built a reputation as the most authoritative publisher of works on the languages of the Pacific and neighbouring areas, read by scholars with an interest in the region as well as by linguists with interests in language typology, sociolinguistics, language contact and the reconstruction of linguistic change and culture history. Pacific Linguistics is proud to act as a vehicle for the dissemination of knowledge about the languages of the Pacific and the Pacific Rim, many of which are little known, and to bring them to the attention of scholars around the world, as well as providing local communities with published language material, at a time when many minority languages are under threat.