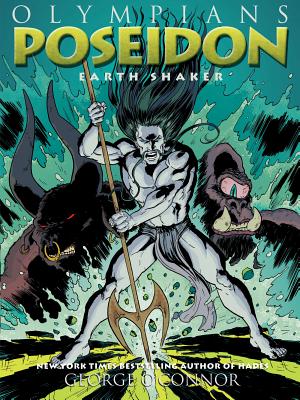 This is book number 5 in the Olympians series.

In the fifth installment of the Olympians series of graphic novels, author/artist George O'Connor turns the spotlight on that most mysterious and misunderstood of the Greek gods, Poseidon: Earth Shaker. Thrill to such famous myths as Theseus and the Minotaur, Odysseus and Polyphemos, and the founding of Athens—and learn how the tempestuous Poseidon became the King of the Seas.

This title has Common Core connections.

Praise for the Olympians series:

“This is a compelling page-turner for readers unfamiliar with the myths as well as for kids who love mythology but would like to see it brought to life in a new way.” —School Library Journal, starred review