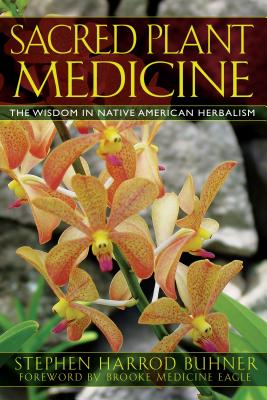 • By the author of The Secret Teachings of Plants

As humans evolved on Earth they used plants for everything imaginable--food, weapons, baskets, clothes, shelter, and medicine. Indigenous peoples the world over have been able to gather knowledge of plant uses by communicating directly with plants and honoring the sacred relationship between themselves and the plant world.

In Sacred Plant Medicine Stephen Harrod Buhner looks at the long-standing relationship between indigenous peoples and plants and examines the techniques and states of mind these cultures use to communicate with the plant world. He explores the sacred dimension of plant and human interactions and the territory where plants are an expression of Spirit. For each healing plant described in the book, Buhner presents medicinal uses, preparatory guidelines, and ceremonial elements such as prayers and medicine songs associated with its use.

Stephen Harrod Buhner is an Earth poet and the award-winning author of ten books on nature, indigenous cultures, the environment, and herbal medicine. He comes from a long line of healers including Leroy Burney, Surgeon General of the United States under Eisenhower and Kennedy, and Elizabeth Lusterheide, a midwife and herbalist who worked in rural Indiana in the early nineteenth century. The greatest influence on his work, however, has been his great-grandfather C.G. Harrod who primarily used botanical medicines, also in rural Indiana, when he began his work as a physician in 1911.

Stephen's work has appeared or been profiled in publications throughout North America and Europe including Common Boundary, Apotheosis, Shaman's Drum, The New York Times, CNN, and Good Morning America. www.gaianstudies.org

“The first in-depth analysis of the processes used by Native Americans to communicate with the plant world for the purposes of healing human illness. It is a work long overdue by an author who himself ‘talks’ with plants as Native Americans have always done.”
— William S. Lyon, author of The Encyclopedia of Native American Healing and Black Elk: The Sacred Way

“Buhner articulates the sacred underpinnings of the herbal world and deep ecology as only a real ‘green man’ can.”
— David Hoffman, author of Medical Herbalism

"This is an excellent reference book, as well as a wonderful book for beginners who want a true understanding of how to begin working with plants."
— Bonnie Cehovet, Angelfire.com, April 2006

". . . offers not just another herbal, but the first in-depth analysis of how the Native Americans communicated with the plant world to heal human ailments."
— Diane Donovan, California Bookwatch, June 2006

". . . guides the reader through the practical technology of herbalism--which parts of the plant to use, and how to prepare tinctures, salves, and infusions, never letting us forget the underlying precious and holy exchange that is happening."
— Four Corners, July 2006

"Sacred Plant Medicine will guide you into the territory where plants are an expression of the spirit. Through prayer and sacred medicinal songs, Buhner shows how plants reveal their medicinal properties."
— Lotus Guide, July-Aug 2006

"A delightful read in all ways and highly recommended."
— The Cauldron Brasil, October 2006

"Buhner's examination and research brings forth how indigenous peoples are able to communicate with Mother Earth and her properties through spiritual connections. Through this research Buhner is able to present to us healing plants, medicinal uses of the plant, how to prepare the plants for use, and the associated ceremonial fundamentals. . . . This is a book that connects the body to the plants, an energy that is important if healing ourselves and our plant."
— Irene Watson, Reader Views, August 2010