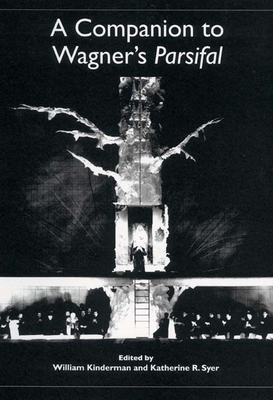 Richard Wagner's Parsifal remains an inexhaustible yet highly controversial work. This "stage consecration festival play," as the composer described it, represents the culmination of his efforts to bring medieval myth and modern music together in a dynamic relationship. Wagner's engagement with religion--Buddhist as well as Christian--reaches a climax here, as he seeks through artistic means "to rescue the essence of religion by perceiving its mythical symbols . . . according to their figurative value, enabling us to see their profound, hidden truth through idealized representation." The contributors to this collection break fresh ground in exploring the text, the music, andthe reception history of Parsifal. Wagner's borrowings-and departures-from the medieval sources of the Grail legend, Wolfram's Parzival and Chr tien's Perceval, are considered in detail, and the tensional relation of the work to Christianity is probed. New perspectives emerge that bear on the long genesis of the text and music, its affinities to Wagner's earlier works, particularly Tristan und Isolde, and the precise way in which the music was composed. Essays address the work's bold, modernistic musical language and its unprecedented soundscape involving hidden choruses and other unseen sources of sound. The turbulent, astonishing, and sometimes disturbing history of Parsifal performances from 1882 until 2004 is traced in vivid detail for the first time, demonstrating the abiding fascination exerted by this uniquely challenging work of art.

William Kinderman and Katherine Syer teach at the University of Illinois at Urbana-Champaign, and often lead study seminars during the Wagner Festival in Bayreuth, Germany.