What Passes as Love (Paperback) 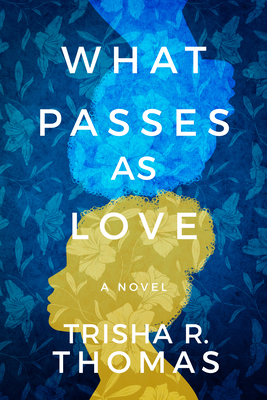 A young woman pays a devastating price for freedom in this heartrending and breathtaking novel of the nineteenth-century South.

Born into slavery, Dahlia never knew her mother--or what happened to her. When Dahlia's father, the owner of Vesterville plantation, takes her to work in his home as a servant, she's desperately lonely. Forced to leave behind her best friend, Bo, she lives in a world between black and white, belonging to neither.

Ten years later, Dahlia meets Timothy Ross, an Englishman in need of a wife. Reinventing herself as Lily Dove, Dahlia allows Timothy to believe she's white, with no family to speak of, and agrees to marry him. She knows the danger of being found out. She also knows she'll never have this chance at freedom again.

Ensconced in the Ross mansion, Dahlia soon finds herself held captive in a different way--as the dutiful wife of a young man who has set his sights on a political future. But when Bo arrives on the estate in shackles, Dahlia decides to risk everything to save his life. With suspicions of her true identity growing and a bounty hunter not far behind, Dahlia must act fast or pay a devastating price.