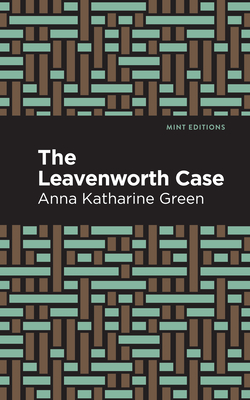 One of New York City's richest retirees is found dead in his library, making his family and closest friends the focus of the investigation. This is a classic case of whodunit that forces the reader to expect the unexpected. Horatio Leavenworth was a successful merchant fatally shot in his own home. His murder is brought to the attention of Inspector Ebenezer Gryce and Leavenworth's attorney, Everett Raymond. Due to the victim's wealth, many people stand to benefit from his premature death. Gryce and Raymond compile a list of suspects, including family members set to inherit the bulk of the estate. Together, the men look at the evidence to uncover the identity of the real killer. The Leavenworth Case is one of Anna Katharine Green's most engaging novels. It's a realistic detective story filled with complex clues and nuanced characters. It is a unique mystery where its questions are just as compelling the answers. With an eye-catching new cover, and professionally typeset manuscript, this edition of The Leavenworth Case is both modern and readable.