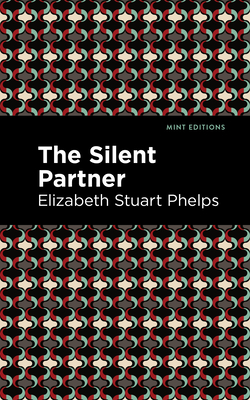 After her father suddenly passes away, Perley Kelso is left partial ownership of a mill. However, since it was socially unacceptable for a woman to own property or have a company, Perley is kept as a silent partner. Conflicted about her role in the company, Perley struggles to find her own ambition. Despite her limited responsibilities at the mill, Perley is curious about the daily operations, so she decides to visit the mill. There, she meets Sip, a worker. Coming from opposite backgrounds and different classes, the two women initially doubt they have anything in common. But as they unite and grow closer together, Sip and Perley realize that they have similar goals, and are dedicated to helping the other achieve them. After Sip shares her perspective on the dangers and unjust working conditions of the mill workers, Perley becomes devoted to reform, earning the trust of the workers as she treats them with compassion. Though, even as each woman finds her aspiration, the societal standard requires something different from them. When Perley and Sip both receive marriage proposals, the two friends consider how marriage would affect their lives, and the consequences that would ensue if they decline the offers. Featuring topics of women's right to work, industrialization, and domestic life, The Silent Partner by Elizabeth Stuart Phelps is clever and invites critical reflection. Through the realistic portrayal of 19th century working class, Phelps' provides modern day readers with an intimate perspective on American Industrialization and the sexism ingrained in societal norms. With compelling characters and bold drama, The Silent Partner remains to be both thrilling and insightful, upholding Phelps' legacy of advocacy and literary genius. This edition of The Silent Partner by Elizabeth Stuart Phelps features an eye-catching new cover design and is presented in a font that is both modern and readable. With these accommodations, this edition is accessible and appealing to contemporary audiences, restoring The Silent Partner to modern standards while preserving the original intelligence and impact of Elizabeth Stuart Phelps' work.