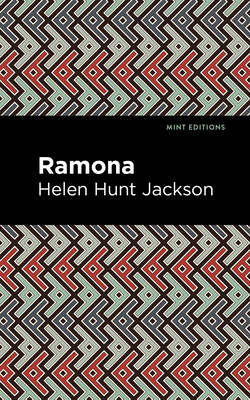 Ramona (1884) is a novel by Helen Hunt Jackson. Inspired by her activism for the rights of Native Americans, Ramona is a story of racial discrimination, survival, and history set in California in the aftermath of the Mexican American War. Immensely popular upon publication, Ramona earned favorable comparisons to Harriet Beecher Stowe's Uncle Tom's Cabin and remains an influential sentimental novel to this day. Orphaned after the death of her foster mother, Ramona, a Scottish-Native American girl, is taken in by her reluctant foster aunt Se ora Gonzaga Moreno. Early on, she experiences discrimination due to her mixed heritage and troubled upbringing, but Gonzaga Moreno begrudgingly provides for her as though she were her own daughter, in accordance with her sister's wishes. When a group of Native American migrant workers arrives from Temecula to perform the annual sheep shearing, Ramona falls in love with Alessandro, a pious Catholic. Despite his honesty and capacity for hard work, Alessandro is viewed with contempt by the Se ora. Faced with no alternative, the lovers elope and make their way toward the San Bernardino Mountains, facing racism and violence from American settlers along the way. Bound by love, rejected by the dominant cultures of the newly Americanized California, Alessandro and Ramona must do what they can to survive. With a beautifully designed cover and professionally typeset manuscript, this edition of Helen Hunt Jackson's Ramona is a classic of American literature reimagined for modern readers.