Dred: A Tale of the Great Dismal Swamp (Hardcover) 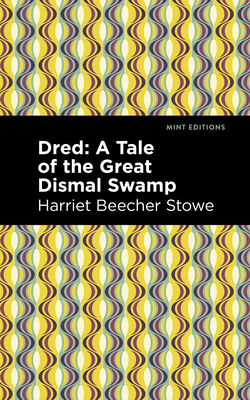 Dred: A Tale of the Great Dismal Swamp (1856) is a historical novel by Harriet Beecher Stowe. Although her career peaked with the publication of abolitionist novel Uncle Tom's Cabin (1852), Stowe continued to work as a professional writer throughout her life. A tale of greed, betrayal, and rebellion, Dred: A Tale of the Great Dismal Swamp displays her impressive imaginative range and admirable moral outlook while illuminating aspects of early American life that would otherwise be consigned to history. Nina Gordon is a young heiress who senses a change in southern plantation culture. Living in her family's estate, she sees their land losing value through her brother's drunkenness and aversion to work. Entrusting the plantation to Harry, one of their slaves, she attempts to maintain some normalcy by accepting suitors. She soon falls for Clayton, an idealistic young man who accepts the need for social change and disdains her brother's cruel mistreatment of Harry. Outside of the estate, the Gordon family's slaves live in fear of the state's brutal slave laws alongside a family of poor whites. Despite the culture of silence holding them in place, they hear of a preacher named Dred, a maroon who leads a group of escaped slaves in the Great Dismal Swamp of Virginia and North Carolina. Is he a symbol of hope, or merely an illusion made up by greedy slavecatchers looking to collect bounties? As life on the Gordon plantation becomes more and more unbearable, the prospect of freedom seems worthy of any great risk. Dred: A Tale of the Great Dismal Swamp is an underappreciated masterpiece from the author of Uncle Tom's Cabin, the most influential American novel of the nineteenth century. With a beautifully designed cover and professionally typeset manuscript, this edition of Harriet Beecher Stowe's Dred: A Tale of the Great Dismal Swamp is a classic of American children's literature reimagined for modern readers.