Roads to Confederation: The Making of Canada, 1867, Volume 1 (Hardcover) 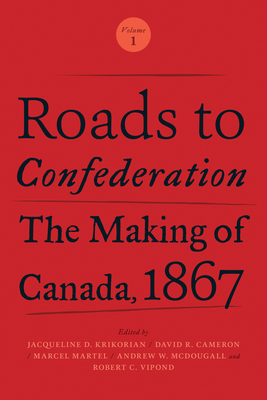 In recognition of Canada's sesquicentennial, this two-volume set brings together previously published scholarship on Confederation into one collection. The editors sought to reproduce not only the classic studies about the people, ideas, and events associated with the passage of the British North America Act, 1867, but also scholarly works that capture the complexities of the Confederation project. This ambitious anthology challenges the notion that there exists one dominant narrative underpinning 1867, and includes research that focuses on Indigenous peoples. Seven articles written in French are translated for the first time for publication in this collection.

In the first volume of this anthology, Roads to Confederation introduces readers to the competing approaches to the study of Confederation and provides material that considers the nature of the 1867 project from the perspective of peoples and communities who have been traditionally excluded from the literature. It also includes the definitive scholarship on the ideational underpinnings of the making of Canada as well as several leading articles that set out different ways to understand the nature and purpose of the 1867 agreement.