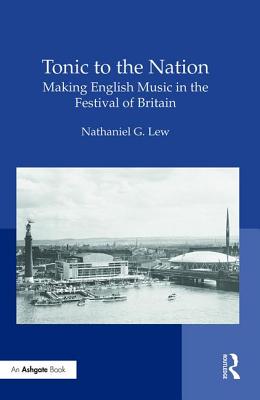 By Nathaniel G. Lew
Not available.

Long remembered chiefly for its modernist exhibitions on the South Bank in London, the 1951 Festival of Britain also showcased British artistic creativity in all its forms. In Tonic to the Nation, Nathaniel G. Lew tells the story of the English classical music and opera composed and revived for the Festival, and explores how these long-overlooked components of the Festival helped define English music in the post-war period. Drawing on a wealth of archival material, Lew looks closely at the work of the newly chartered Arts Council of Great Britain, for whom the Festival of Britain provided the first chance to assert its authority over British culture. The Arts Council devised many musical programs for the Festival, including commissions of new concert works, a vast London Season of almost 200 concerts highlighting seven centuries of English musical creativity, and several schemes to commission and perform new operas. These projects were not merely directed at bringing audiences to hear new and old national music, but to share broader goals of framing the national repertory, negotiating between the conflicting demands of conservative and progressive tastes, and using music to forge new national definitions in a changed post-war world.