Wayfaring Strangers: The Musical Voyage from Scotland and Ulster to Appalachia (Paperback) 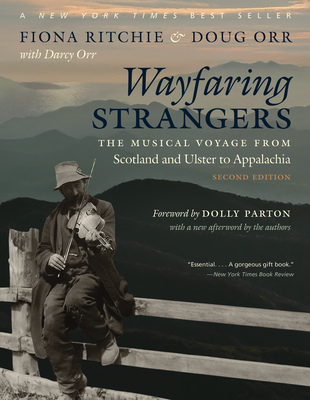 From the seventeenth through the nineteenth centuries, a steady stream of Scots migrated to Ulster and eventually onward across the Atlantic to resettle in the United States. Many of these Scots-Irish immigrants made their way into the mountains of the southern Appalachian region. They brought with them a wealth of traditional ballads and tunes from the British Isles and Ireland, a carrying stream that merged with sounds and songs of English, German, Welsh, African American, French, and Cherokee origin. Their enduring legacy of music flows today from Appalachia back to Ireland and Scotland and around the globe. Ritchie and Orr guide readers on a musical voyage across oceans, linking people and songs through centuries of adaptation and change.

Fiona Ritchie MBE is the founder, producer, and host of National Public Radio's The Thistle & Shamrock. In 2018 she was inducted into the Folk DJ Hall of Fame. Douglas Orr is President Emeritus of Warren Wilson College, where he founded the Swannanoa Gathering music workshops.