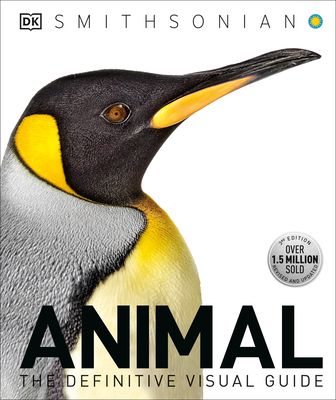 View the animal kingdom up close as never before in this breathtaking title, which has already sold over 1.5 million copies.

Written by 70 specialists, it features stunning wildlife photography of more than 2000 of the world’s most important wild mammals, birds, reptiles, amphibians, and insects.

With around two million species identified to date, animals are the dominant and most varied form of life on the planet. Animal presents a representative selection, ranging from the giant baleen whale, to fast-moving predators such as sharks, big cats, and birds of prey, as well as microscopic beetles barely 1mm long and other insects. It presents some of the latest species to be described: meet the cute but elusive olinguito from South America, which was only identified in 2013, or the skywalker hoolock gibbon that was named after a Star Wars character in 2017.

Animal also explains how the earth’s biodiversity is in sharp decline and the conservation projects underway to safeguard precious species. For each one, it gives a locator map and statistics, including its conservation status.

For anyone who wants a reliable and enthralling reference, in which you can find the answers to everything – from why zebras are striped or how the sunbear got its name – Animal is your essential one-stop guide.

David Burnie has written or contributed to over 140 books and multimedia titles. He is a fellow of the Zoological Society of London.

"Truly a definitive guide to animals of all kinds." — MetroFamily Magazine