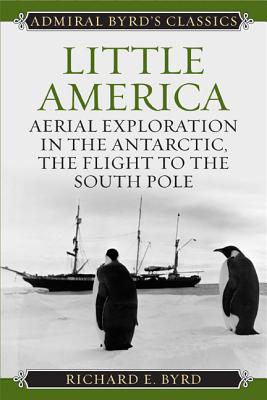 American hero and explorer Admiral Richard E. Byrd, Jr. tells the story of his first journey through Antarctica and the founding of a series of camps and bases referred to as "Little America." Over the years, many similar areas were developed as camps and research areas on Byrd's Antarctic missions, but the founding of "Little America" required great courage and leadership. In awe of the unforgiving landscape, he eagerly met its treacherous challenges. Byrd outlines the blueprint for his first mission to Antarctica and provides a glimpse into the obstacles he and his team overcame at the world's end. Reissued for today's readers, Admiral Byrd's classic explorations by land, air, and sea transport us to the farthest reaches of the globe. As companions on Byrd's journeys, modern audiences experience the polar landscape through Byrd's own struggles, doubts, revelations, and triumphs and share the excitement of these timeless adventures.

Richard Evelyn Byrd, Jr., (1888-1957) was a pioneering scientific explorer of the Antarctic continent and rear admiral in the United States Navy. He completed one of the first trans-Atlantic flights and flights to the North and South Poles. Byrd was a recipient of the Medal of Honor, the highest honor for heroism given by the United States.