The Master and Margarita (Paperback) 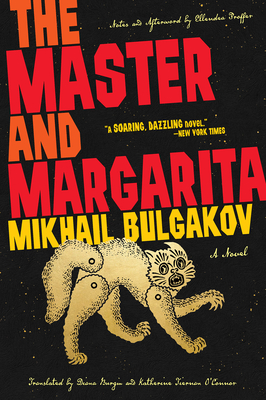 The acclaimed, bestselling translation of Mikhail Bulgakov’s masterwork, an undisputed classic of Russian and world literature

An audacious revision of the stories of Faust and Pontius Pilate, The Master and Margarita is recognized as one of the essential classics of modern Russian literature. The novel’s vision of Soviet life in the 1930s is so ferociously accurate that it could not be published during its author’s lifetime and appeared only in a censored edition in the 1960s. Its truths are so enduring that its language has become part of the common Russian speech. Now The Overlook Press is reissuing this acclaimed translation in an all-new package.

One hot spring, the devil arrives in Moscow, accompanied by a retinue that includes a beautiful naked witch and an immense talking black cat with a fondness for chess and vodka. The visitors quickly wreak havoc in a city that refuses to believe in either God or Satan. But they also bring peace to two unhappy Muscovites: one is the Master, a writer pilloried for daring to write a novel about Christ and Pontius Pilate; the other is Margarita, who loves the Master so deeply that she is willing to literally go to hell for him. What ensues is a novel of inexhaustible energy, humor, and philosophical depth, a work whose nuances splendidly emerge in Diana Burgin’s and Katherine Tiernan O’Connor's superb English translation, with an afterword and extensive commentary by Ellendea Proffer.