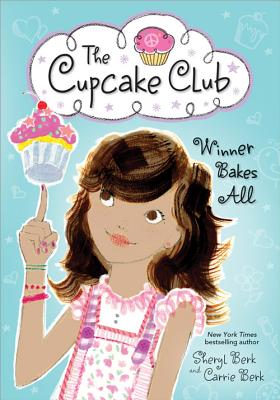 This is book number 3 in the Cupcake Club series.

The Cupcake Club competes in the Battle of the Bakers on live TV. Can the club whip up a victory?

When she's not mixing it up on the basketball court, she's mixing the perfect batter with her friends in the cupcake club. Sadie's definitely no stranger to competition, but the oven mitts are off when the club is chosen to appear on Battle of the Bakers, the ultimate cupcake competition on TV.

But the real battle happens off camera when the club's baking business starts losing money.

With the clock ticking and the cameras rolling, will the club and their cupcakes rise to the occasion?

Includes recipes and tips to try at home

Kids and cupcakes are the perfect recipe --Sophie and Katerine, stars of TLC's DC Cupcakes