A Wild Swan: And Other Tales (Paperback) 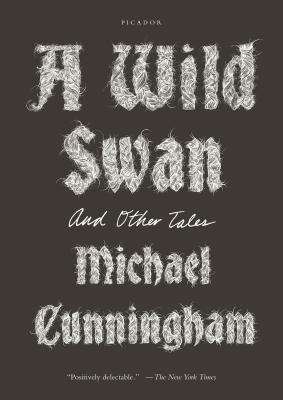 “The author of The Hours gives us a modern take on classic fairy tales, from a sympathetic Rumpelstiltskin to a jaded but content Steadfast Tin Soldier. Cunningham is not shy with his characters: he strips away sentimentality like an old Band-Aid, tearing through the romanticism that these tales usually inspire. Each story is less a retelling and more an unflinching dissection of human nature-our base needs and urges, our raw fears and joys. Shimizu's haunting illustrations give the book a classic feel, and make it a perfect addition to any fairy tale lover's collection.”
— Jennifer Oleinik (E), University Book Store, Seattle, WA

Named a Best Book of the Year by NPR, Slate, and Bustle

A poisoned apple and a monkey’s paw with the power to change fate; a girl whose extraordinarily long hair causes catastrophe; a man with one human arm and one swan’s wing; and a house constructed of gumdrops and gingerbread. In A Wild Swan and Other Tales, the people and the talismans of lands far, far away—the mythic figures of our childhoods and the source of so much of our wonder—are transformed by Michael Cunningham into stories of sublime revelation.

Here are the moments that our fairy tales forgot or deliberately concealed: the years after a spell is broken, the rapturous instant of a miracle unexpectedly realized, or the fate of a prince only half cured of a curse. Reimagined by one of the most gifted storytellers of his generation, and exquisitely illustrated by Yuko Shimizu, rarely have our bedtime stories been this dark, this perverse, or this true.

MICHAEL CUNNINGHAM is the author of the novels A Home at the End of the World, Flesh and Blood, Specimen Days, By Nightfall, and The Snow Queen, as well as the collection A Wild Swan and Other Tales, and the nonfiction book Land’s End: A Walk in Provincetown. He is the recipient of a Whiting Award and a Guggenheim Fellowship, and his work has appeared in The New Yorkerand The Best American Short Stories. The Hours was a New York Times bestseller, and the winner of both the PEN/Faulkner Award and the Pulitzer Prize. Raised in Los Angeles, Michael Cunningham lives in New York City, and is a senior lecturer at Yale University.

"Delicious, shivery, sophisticated fairy stories as spat from the pen of a Pulitzer Prize–winning author. 'Most of us are safe,' Cunningham writes in his astonishing preface. 'If you’re not a delirious dream the gods are having, if your beauty doesn’t trouble the constellations, nobody’s going to cast a spell on you.' But Cunningham will, and does. In a market oversaturated by reworked fairy tales, his are the best." —Katy Waldman, Slate

"[A Wild Swan is] positively delectable. I had no idea Mr. Cunningham had it in him . . . He can't help but write movingly, even as he's setting fire to our most cherished childhood texts. The book is studded with unexpected moments of grace." —Jennifer Senior, The New York Times

Five out of five stars. "While there was darkness in the original tales--blood, butchery and much else--Cunningham's collection brings emotional light and shade where there was none . . . The comedy in these stories works brilliantly, but it does not uncut the tragedy of its lonely and quietly tormented outsiders . . . These tales, short, contemporary, disturbing, and alluring, would make perfect vending-machine fodder: a transporting and enthralling read all the way home." —Arifa Akbar, The Independent

"'I dig out beautiful caves behind my characters,'" [Virginia] Woolf wrote in the diary entry Cunningham used as an epigraph to The Hours: 'I think that's exactly what I want: humanity, humor, depth.' Cunningham has performed a similar operation on the 10 tales he has selected for transformation . . . For the stories in A Wild Swan, Cunningham has dug out caves of humanity, humor and depth behind some well-known characters." —Christopher Benfey, The New York Times Book Review

"A rollicking and memorable tribute to stories we know.. . . [Cunningham’s] prose brings back much of the original swagger and sharpness. . . . [He] is extremely funny and psychologically observant. . . . Beautiful, imaginative illustrations by Yuko Shimizu, complement the stories, spurring the feeling that this is not just a book to read, but also a special object.” —The Economist

“Remixing myths and fairy tales in this new collection - beautifully illustrated by Yuko Shimizu - Cunningham stands magic on its head. . . . Cunningham never condescends to his characters. Instead, he inhabits them.” —Kit Reed, Miami Herald

"The original tales are timeless for good reasons, and by approaching them from a fresh and astute perspective with humor and compassion, Cunningham revitalizes their profound resonance. Imaginatively illustrated by Yuko Shimizu, this is a dazzling twenty-first-century fairy-tale collection of creative verve and keen enchantment. Cunningham’s high stature and the book’s irresistible premise will attract lively media attention and reader curiosity." —Donna Seaman, Booklist

"The latest from Cunningham (The Snow Queen) offers elegant, sardonic retellings of 10 iconic fairy tales . . . Cunningham’s tales enlarge rather than reduce the haunting mystery of their originals. Striking black-and-white images from illustrator Shimizu add a fitting visual counterpoint to a collection at once dark and delightful." —Publishers Weekly