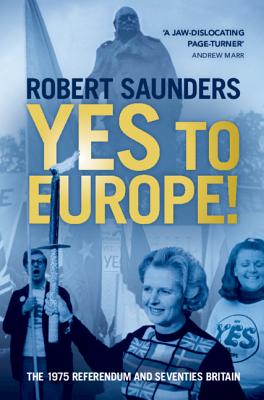 On 5 June 1975, voters went to the polls in Britain's first national referendum to decide whether the UK should remain in the European Community. As in 2016, the campaign shattered old political allegiances and triggered a far-reaching debate on Britain's place in the world. The campaign to stay in stretched from the Conservative Party - under its new leader, Margaret Thatcher - to the Labour government, the farming unions and the Confederation of British Industry. Those fighting to 'Get Britain Out' ranged from Enoch Powell and Tony Benn to Scottish and Welsh nationalists. Footballers, actors and celebrities joined the campaign trail, as did clergymen, students, women's groups and paramilitaries. In a panoramic survey of 1970s Britain, this volume offers the first modern history of the referendum, asking why voters said 'Yes to Europe' and why the result did not, as some hoped, bring the European debate in Britain to a close.