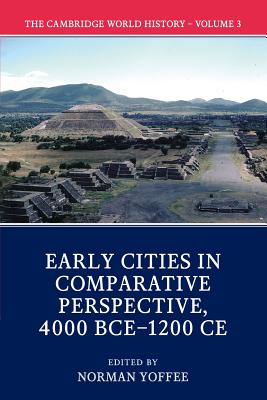 From the fourth millennium BCE to the early second millennium CE the world became a world of cities. This volume explores this critical transformation, from the appearance of the earliest cities in Mesopotamia and Egypt to the rise of cities in Asia and the Mediterranean world, Africa, and the Americas. Through case studies and comparative accounts of key cities across the world, leading scholars chart the ways in which these cities grew as nodal points of pilgrimages and ceremonies, exchange, storage and redistribution, and centres for defence and warfare. They show how in these cities, along with their associated and restructured countrysides, new rituals and ceremonies connected leaders with citizens and the gods, new identities as citizens were created, and new forms of power and sovereignty emerged. They also examine how this unprecedented concentration of people led to disease, violence, slavery and subjugations of unprecedented kinds and scales.