Napoleon and the Struggle for Germany (Hardcover) 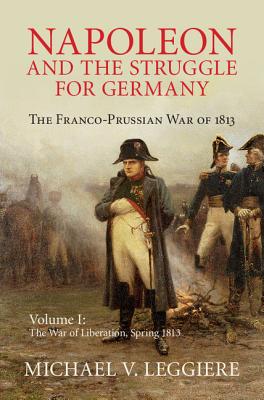 This is the first comprehensive history of the campaign that determined control of Germany following Napoleon's catastrophic defeat in Russia. Michael V. Leggiere reveals how, in the spring of 1813, Prussia, the weakest of the great powers, led the struggle against Napoleon as a war of national liberation. Using German, French, British, Russian, Austrian and Swedish sources, he provides a panoramic history that covers the full sweep of the battle for Germany from the mobilization of the belligerents, strategy, and operations to coalition warfare, diplomacy, and civil-military relations. He shows how Russian war weariness conflicted with Prussian impetuosity, resulting in the crisis that almost ended the Sixth Coalition in early June. In a single campaign, Napoleon drove the Russo Prussian army from the banks of the Saale to the banks of the Oder. The Russo Prussian alliance was perilously close to imploding, only to be saved at the eleventh-hour by an armistice.