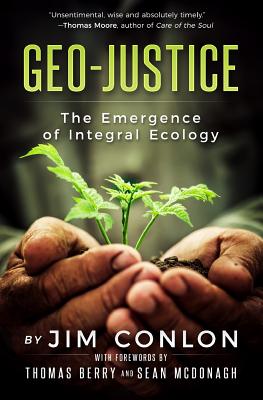 A Book Whose Time Has Finally Come

The world has changed a lot since 1990. George H.W. Bush was in the White House, John Paul II was in the 12th year of his 27-year papacy, and the World Wide Web had yet to be launched. That year, an independent publisher out of Canada called Woodlake Books, Inc. published a title called Geo-Justice: A Preferential Option for the Earth by Jim Conlon. The book melded profound insights from mystical theology with lively and passionate calls to action from prominent community organizers and environmentalists. In that book and others, Conlon's faith-based exhortations to care for our planet combined with those of Theilhard de Chardin, Thomas Berry, and a small cadre of environmental prophets to help pave the way 25 years later for the landmark encyclical of the current pope, Laudato Si'.

Dedicated to Pope Francis, this new edition of Geo-Justice boasts not only a foreword by Thomas Berry and a new foreword by fellow priest and earth-rights activist, Sean McDonagh, but also a fully revised text. The new edition contains fresh poetry from Conlon, reflections on Laudato Si', and updated practices that incorporate another 25 years' worth of experience in preparing lay people for community work and ministry.

Although the world has changed vastly in a quarter century, the need for an updated vision of Christianity that incorporates the truths of science with the soul of our faith has not.