The Language of Victory: Code Talkers of WWI and WWII (Paperback) 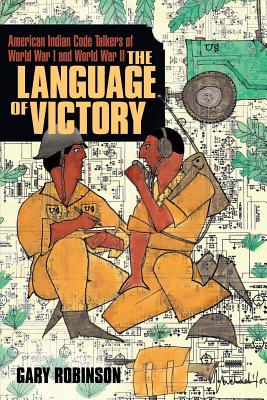 Providing useful historical and cultural context, The Language of Victory first discusses the evolution of military communications that ultimately led to the 20th century use of electronic communications. The author then briefly examines American Indian historical, cultural and linguistic developments prior to WWI. This background is followed by accounts of the history of the Code Talkers in two world wars, including information derived from interviews with code talkers conducted in 1992. Then the book traces the slowly unfolding recognition that finally came to these veterans decades later, culminating in the Code Talker Recognition Act of 2008 that mandated the creation of Congressional medals that were awarded to these men and the tribes posthumously.

In the book's final chapter, the author contrasts the changing federal government policies that transformed American Indian languages from cultural relics worthy only of the trash bin to valued gems demanding preservation, and he reflects on the question of how America's history might have been altered if missionaries and government agencies had been successful in eliminating America's indigenous languages.

The Cover Art: The original cover art, based on the Plains Indian ledger style, was created by Michael Horse, an internationally known actor and artist of Yaqui, Apache and Zuni Indian descent originally from Arizona. Samples of his award-winning work can be viewed on his website: www.michaelhorse.com.

About the author: Gary Robinson, a writer and filmmaker of Cherokee and Choctaw descent, has spent more than twenty-five years telling the stories of American Indian people in print and television. His previous non-fiction military history book, From Warriors to Soldiers, examines the history of American Indians in the U.S. military from the Revolutionary War to modern times. He currently lives in the California's Santa Ynez Valley.