The Cruise of the Fairweather (Paperback) 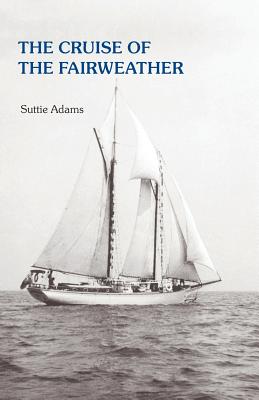 This book is an account of the schooner Fairweather's circumnavigation, San Francisco to San Francisco, a world cruise that began by sailing down the west coast of Mexico, and then by sailing west: across the South Seas, the East Indies, the Indian Ocean, the Mediterranean Sea, and the Atlantic Ocean, and then back up the west coast of Mexico. The cruise lasted four years, from March 1961 to April 1965. This account is based on the journal that Suttie Adams kept during the cruise, supplemented with details from Fairweather's logbook and 38 original photos. During the four years of the cruise, the Fairweather sailed 35,566 miles, spent 349 days at sea, and visited 103 ports. Was it a successful cruise? Well, many of the original crew were still aboard when Fairweather sailed back under the Golden Gate and into San Francisco Bay. Those few who left the schooner during the cruise never left willingly, with the possible exception of Bill Adams, the original captain, but let Suttie tell that story.