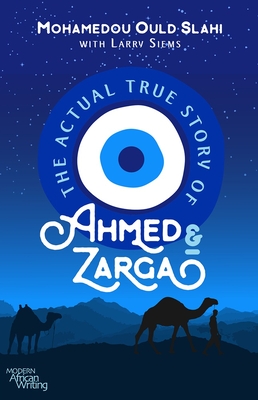 An epic story of a Bedouin family’s survival and legacy amid their changing world in the unforgiving Sahara Desert.

Ahmed is a camel herder, as his father was before him and as his young son Abdullahi will be after him. The days of Ahmed and the other families in their nomadic freeg are ruled by the rhythms of changing seasons, the needs of his beloved camel herd, and the rich legends and stories that link his life to centuries of tradition.

But Ahmed’s world is threatened—by the French colonizers just beyond the horizon, the urbanization of the modern world, and a drought more deadly than any his people have known. At first, Ahmed attempts to ignore these forces by concentrating on the ancient routines of herding life. But these routines are broken when a precious camel named Zarga goes missing. Saddling his trusted Laamesh, praying at the appointed hours, and singing the songs of his fathers for strength, Ahmed sets off to recover Zarga on a perilous journey that will bring him face to face with the best and the worst of humanity and test every facet of his Bedouin desert survival skills.

Mohamedou Ould Slahi is the son of a Mauritanian camel herder. Known internationally for his bestselling Guantánamo Diary, a searing memoir of the neocolonial hell of the United States’s War on Terror, he returns to the world of his childhood in this poetic, intimate tale woven from the life and the stories of a culture on the brink of disappearing. Photo with Larry Siems courtesy the author.

Larry Siems is the chief of staff for the Knight First Amendment Institute at Columbia University and a previous director of Freedom to Write and International Programs at PEN. His articles and books address immigration, human rights, and free expression. He edited, annotated, and introduced Mohamedou Ould Slahi’s memoir, Guantánamo Diary. Author photo by Donna F. Aceto.

“Wise, loyal Ahmed goes to search for his missing camel, Zarga. It is a journey that begins innocently enough, but Slahi’s expansive imagination transforms it into an epic voyage across terrain both geographical and spiritual. At once compassionate and full of wisdom, this unforgettable novel also showcases Slahi’s sharp-eyed, irreverent wit. Ahmed’s story held me rapt. It is a generous reminder of the goodness and love that still exist in the world, no matter the darker forces at the edges.”—Maaza Mengiste, author of The Shadow King, shortlisted for the 2020 Booker Prize

“A Bedouin nomad grapples with visions of the dead and the advent of French colonialism after WWI in Slahi’s vivid and fablelike debut novel (following the memoir Guantánamo Diary). The present-day narrator recounts a story that allegedly came from a descendant of the legendary storyteller Sheherazade, about Mauritanian camel herder Ahmed Ould Abdallahi, who sets out in the Sahara to find his prized camel, Zarga. Along the way, Ahmed encounters many dangers, including desert vipers and cannibals, along with instances of Bedouin hospitality, contextualized by the narrator’s explanations of tribal relationships with the new French authorities…. Flashes of wry humor … offer a welcome counterbalance to Ahmed’s daily prayers and religious songs. This modern-day folktale of human endurance is worth a look.”—Publishers Weekly

“Ould Slahi’s second book and first novel, takes this loose thread (a desert vision) and weaves it into scraps of Mauritanian lore, poetry, and imagery until an epic adventure emerges. Although Ahmed’s story takes place during French colonization and before the Great Sahelian Droughts of the 1960s-80s, he feels with great certainty that his way of life is vanishing. This knowledge always lingers in the background of Ahmed and Zarga, giving urgency to the story’s role in recording what is fading away.”—ArabLit