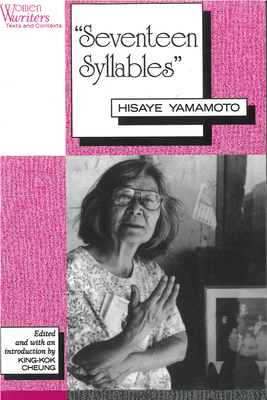 Hisaye Yamamoto's often reprinted tale of a naive American daughter and her Japanese mother captures the essence the cultural and generational conflicts so common among immigrants and their American-born children. On the surface, "Seventeen Syllables" is the story of Rosie and her preoccupation with adolescent life. Between the lines, however, lurks the tragedy of her mother, who is trapped in a marriage of desperation. Tome's deep absorption in writing haiku causes a rift with her husband, which escalates to a tragic event that changes Rosie's life forever.

Yamamoto's disarming style matches the verbal economy of haiku, in which all meaning is contained within seventeen syllables. Her deft characterizations and her delineations of sexuality create a haunting story of a young girl's transformation from innocence to adulthood.