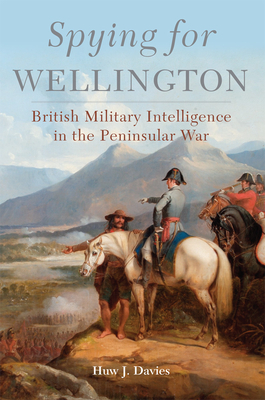 By Huw J. Davies
Not available.

Intelligence is often the critical factor in a successful military campaign. This was certainly the case for Arthur Wellesley, the Duke of Wellington, in the Peninsular War. In this book, author Huw J. Davies offers the first full account of the scope, complexity, and importance of Wellington's intelligence department, describing a highly organized, multifaceted series of networks of agents and spies throughout Spain and Portugal-an organization that was at once a microcosm of British intelligence at the time and a sophisticated forebear to intelligence developments in the twentieth century.

Spying for Wellington shows us an organization that was, in effect, two parallel networks: one made up of Foreign Office agents "run" by British ambassadors in Spain and Portugal, the other comprising military spies controlled by Wellington himself. The network of agents supplied strategic intelligence, giving the British army advance warning of the arrival, destinations, and likely intentions of French reinforcements. The military network supplied operational intelligence, which confirmed the accuracy of the strategic intelligence and provided greater detail on the strengths, arms, and morale of the French forces. Davies reveals how, by Peninsula. The reliability and accuracy of this intelligence, as Davies demonstrates, was central to Wellington's decision-making and, ultimately, to his overall success against the French.

Correcting past, incomplete accounts, this is the definitive book on Wellington's use of intelligence. As such, it contributes to a clearer, more comprehensive integrating these two forms of intelligence, Wellington was able to develop an extremely accurate and reliable estimate of French movements and intentions not only in his own theater of operations but also in other theaters across the Iberian understanding of Wellington at war and of his place in the history of British military intelligence.