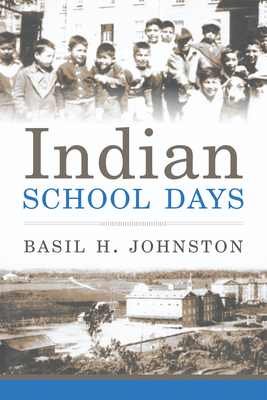 This book is the humorous, bitter-sweet autobiography of a Canadian Ojibwa who was taken from his family at age ten and placed in Jesuit boarding school in northern Ontario. It was 1939 when the feared Indian agent visited Basil Johnston's family and removed him and his four-year-old sister to St. Peter Claver's school, run by the priests in a community known as Spanish, 75 miles from Sudbury. "Spanish It was a word synonymous with residential school, penitentiary, reformatory, exile, dungeon, whippings, kicks, slaps, all rolled into one," Johnston recalls. But despite the aching loneliness, the deprivation, the culture shock and the numbing routine, his story is engaging and compassionate. Johnston creates marvelous portraits of the young Indian boys who struggled to adapt to strange ways and unthinking, unfeeling discipline. Even the Jesuit teachers, whose flashes of humor occasionally broke through their stern demeanor, are portrayed with an understanding born of hindsight. Basil Johnston has written several books ranging from folk tales and humorous stories to works on the Ojibwa language. After St. Peter Claver's School, he studied history and English at Loyola Collage, Montreal, and attended teachers' college. He is a lecturer in the Ethnology Department of the Royal Ontario Museum. "Johnston has created a story that radiates compassion, humor, and hope.... His] story is essentially about the boys' refusal to be victimized. Unwittingly they learned the ways of psychic survival in adverse circumstances. In being rebellious, defiant, and insubordinate, they retained a sense of their own Indian identity and self-worth that made survival possible."---American Indian Quarterly "This is an excellent look at the way assimilationist education really worked. Beautifully written, it manages to capture the subculture of student life that existed below the surface of institutional affairs; the world of the school boys-their wants, desires, and fears that school authorities never knew about understood-is effectively recreated." - Robert Trennert, Arizona state University. "The author's style is one of the book's greatest strengths. Johnston is a superb writer. His use of the language is excellent, but beyond this, he has a powerful story that brings forth the full range of human emotions. In event after event he weaves together a tale that holds within it much of the drama of the history of Indian-white relations." - Margaret Connell Szasz, University of New Mexico. "Basil Johnston's Indian School Days will ring true for anyone who has taught or between schooled as a Catholic, Indian or non-Indian, and for those who have been in BIA or other boarding schools throughout the United States and Canada. Indian School Days is both a dark tale of assimilationism at its most hypocritical, and a hilarious account of an irrepressibly energetic boy thrust into a stern world where wit and humor become the means to survival. Basil Johnston is the foremost scholar of one of the oldest and most fascinating languages on this continent, that of the Anishinabae. He is a historian, storyteller, and in this book an extraordinary memoirist. I hope that anyone who wonders about what it's like to be an Indian, or anyone who simply wants to read and become lost in a wonderful book, dives into this lively, touching, and revelatory remembrance. No one who opens this book will close it in disappointment. It is a work to further the understanding and enrich the heart." -Louise Erdrich Author of Love Medicine "Indian School Days is a fascinating and passionate account of one Native Canadian's experience at the hands of an uncaring majority. It is also funny and moving." -Farley Mowat.