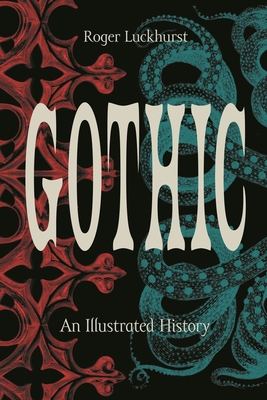 A richly illustrated history of the Gothic across a wide range of media, including architecture, literature, and film

The word Gothic conjures associations with the dark and melancholy, the weird and feared, and haunted places and people. In Gothic, Roger Luckhurst offers readers an unprecedented look at the ways this uncanny style has manifested itself through architecture, literature, film, art, video games, and more. From the works of Victor Hugo and E. T. A. Hoffmann to Southern Gothic, ancient folklore, and classic horror movies, Luckhurst explores how an aesthetic that began in the margins has been reinvented through the centuries to become part of mainstream global culture. Organizing his wide-ranging history by theme, Luckhurst begins with Gothic architecture and form, including such elements as the arch, the house, and ruins. He considers how the Gothic is depicted in rural and urban settings, as well as in the wilderness and borderlands. And he delves into Gothic traditions and settings around the world, from the sublime Alps and Australian outback to the Arctic wasteland, from the dark folkloric realm of the forest to the postindustrial landscapes of abandoned hospitals and asylums, and then beyond the bounds of the planet to unknowable cosmic horror. Luckhurst investigates the monsters that mirror ourselves and society, and demonstrates that as the Gothic has traveled across the globe and through time, it has morphed according to the shape of our changing fears and anxieties. Filled with a wealth of color illustrations, Gothic will enthrall anyone yearning to lift the veil on our fascination with the eerie, morbid, and supernatural.

Roger Luckhurst is professor of modern literature at Birkbeck, University of London. His many books include Zombies: A Cultural History and The Shining. Twitter @TheProfRog