The Lords and The New Creatures (Paperback) 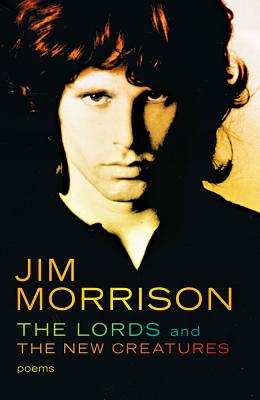 Originally published as two separate volumes in 1969, Jim Morrison’s first published volume of poetry gives a revealing glimpse of an era and the man whose songs and savage performances have left an indelible impression on our culture.

The Lords and the New Creatures, Morrison’s first published volume of poetry, is an uninhibited exploration of society’s dark side—drugs, sex, fame, and death—captured in sensual, seething images. Here, Morrison gives a revealing glimpse at an era and at the man whose songs and savage performances have left their indelible impression on our culture.

An American singer, songwriter, poet, writer and filmmaker, Morrison was best known as the lead singer and lyricist of The Doors. Included among Rolling Stone's "100 Greatest Singers of All Time," Morrison died in July of 1971.