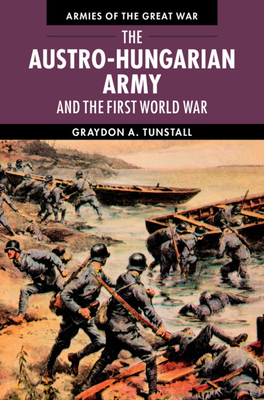 This is a definitive account of the Austro-Hungarian Royal and Imperial Army during the First World War. Graydon A. Tunstall shows how Austria-Hungary entered the war woefully unprepared for the ordeal it would endure. When the war commenced, the Habsburg Army proved grossly under strengthen relative to trained officers and manpower, possessing obsolete weapons and equipment, and with the vast majority of its troops proved inadequately trained for modern warfare. Well over one million Habsburg troops mobilized creating an enormous logistical challenge of forging an army from the diverse cultures, languages, economic and educational backgrounds of the Empire's peoples. Graydon A. Tunstall shows how the army suffered from poor strategic direction and outdated tactics and facing a two-front offensive against both Russia and Serbia. He charts the army's performance on the battlefields of Galicia, Serbia, Romania, the Middle East and Italy through to its ultimate collapse in 1918.