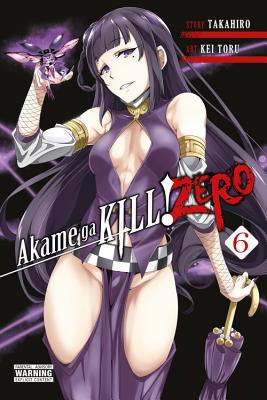 This is book number 6 in the Akame ga KILL! ZERO series.

Though their comrades dealt a blow to the Oarburghs, Akame, Kurome, and Natala remain at Mera's mercy. While the Oarburghs' leader has no sympathy to spare for Natala-or any man, for that matter-she offers her female captives a chance to learn the truth. Recognizing Akame's doubts, Mera takes the young assassin around the Empire to see the suffering of its people firsthand, but will Akame be willing to open her eyes...?

Kei Toru is the artist of the manga adaptation of Rokka: Braves of the Six Flowers and Akame ga KILL! Zero, the prequel to the New York Times bestselling series Akame ga KILL!