The Abstinence Teacher: A Novel (Paperback) 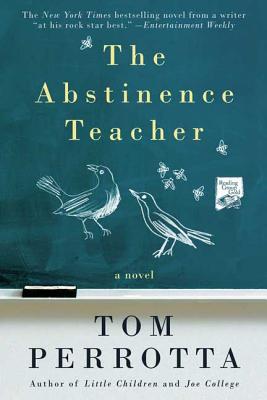 The Abstinence Teacher illuminates the powerful emotions that run beneath the placid surface of modern American family life, and explores the complicated spiritual and sexual lives of ordinary people. It is elegantly and simply written, characterized by the distinctive mix of satire and compassion that has become Tom Perrotta's trademark.

Stonewood Heights is the perfect place to raise children: it's got good schools, solid values and a healthy real estate market. Parents in the town are involved in their children's lives, and often in other children's lives, too—coaching sports, driving carpool, focusing on enriching experiences. Ruth Ramsey is the high school human sexuality teacher whose openness is not appreciated by all her students—or their parents. Her daughter's soccer coach is Tim Mason, a former stoner and rocker whose response to hitting rock bottom was to reach out and be saved. Tim's introduction of Christianity on the playing field horrifies Ruth, while his evangelical church sees a useful target in the loose-lipped sex ed teacher. But when these two adversaries in a small-town culture war actually talk to each other, a surprising friendship begins to develop.

"Perrotta is that rare combination: a satirist with heart….Those who haven't curled up on the couch with this writer's books are missing a very great pleasure."—Seattle Times

Tom Perrotta is the author of several works of fiction: Bad Haircut, The Wishbones, Election, and the New York Times bestselling Joe College and Little Children. Election and Little Children were made into critically acclaimed movies. The Leftovers and Mrs. Fletcher were both adapted into HBO series. He lives outside of Boston.

“He's the Steinbeck of suburbia.” —Time

“Perrotta is that rare combination: a satirist with heart….Those who haven't curled up on the couch with this writer's books are missing a very great pleasure.” —Seattle Times

“Ruefully humorous and tenderly understanding of human folly: the most mature, accomplished work yet from this deservedly bestselling author.” —Kirkus Reviews (Starred Review)